Create an Account - Increase your productivity, customize your experience, and engage in information you care about.

Formed in 1861, the Pueblo County Sheriff's Office has a long tradition of serving the citizens who live, work, and visit Pueblo County.  The County of Pueblo is located in Southern Colorado, and bisected by Interstate 25, the state’s major growth corridor, Pueblo County has served as a major transportation and trading center for more than 150 years.

Within the 2,401 square miles of Pueblo County there are just under 170,000 people and of those almost 56,000 live outside the Pueblo city limits.  The county is an irregular square of about 54 miles in each direction.  From an elevation of 4,662 feet in the City of Pueblo to 12,349 feet at Greenhorn Peak in the Wet Mountain Range, the County land area consists of high plains, dry prairie, and rich farmland to the east as well as mountainous terrain on the western boundary within the San Isabel National Forest.

Jurisdictions, located within the County, include the City of Pueblo, the towns of Boone and Rye; unincorporated communities of Avondale, North Avondale and Beulah; and metropolitan districts of Colorado City and Pueblo West. These outlying communities vary from larger residential and commercial developments to smaller less populated mountain and agricultural communities.

The Pueblo County Sheriff's Office is led by 4th term Sheriff Kirk M. Taylor.  Sheriff Taylor oversees 362 full time sworn members, up to 20 part time Resource Pool Members, and over 130 volunteers.  The Sheriff's Office is built on three bureaus, each with very specific mission to serve the citizens of Pueblo County, and the Administrative Services section. 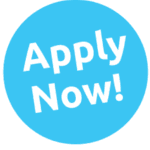